Tutorials For UV Mapping With Seams

I've always had a hard time seeing where I should put seems when unwrapping an object. Are there any good tuts on how to do this? Actually figuring out where the seems should go? I tried using the pig, but failed miserably. Also, is there a general preference of LSCM or ABF?

Hi Bob, it's a mind bender for sure but I have a few tip that may help.
Before making the SubDev editable use Automatic Seams see if that looks good.
If it doesn't look good, it can be a starting point. The question is what is good?

For the Pig, first I made the Symmetry editable and closed the coin slot because of bad geometry. (Check it out)
Then I used the Auto Seams command. I changed a few seams only because I thought it looked better my way.
Then I made the SubDev Editable and unwrapped with LSCM. I use LSCM because it's first in the menu, no other reason. 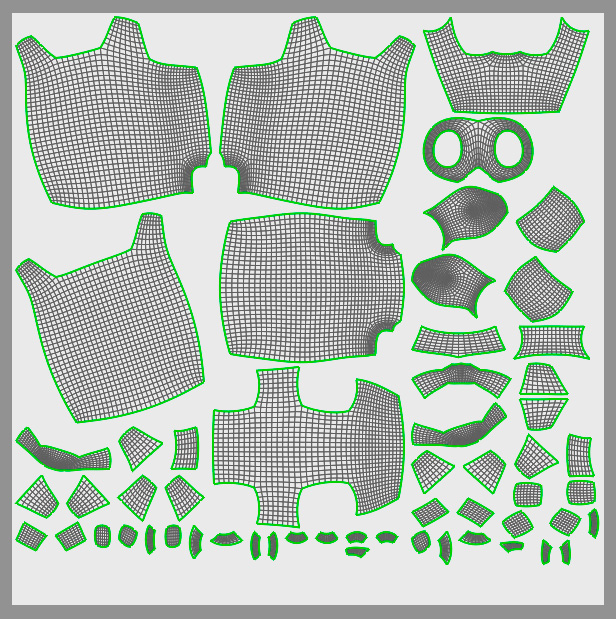 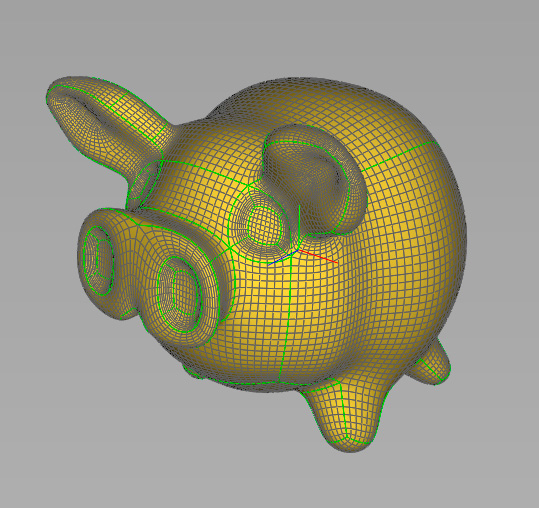 To answer your questions: No and no.

ABF means angle based flattening, LSCM "Least Squares Conforming Map" (which I had to look up ...). (In Modo ABF++ stands for "Asynchronous Forward Bounding", which I also had to look up).

Usually (for example in the world of Blender) it's said that "angle based" is better suited for organic models (for example a human being or a pig), actually a better form of LSCM that takes a bit longer because it first does a preprocess step. While LSCM is "conformal" which would be better suited for non-organic models, the more geometric forms often called "hard edge".

Now ... To make things more complicated: In Modo conformal is ABF++ better for organic shapes; angle based LSCM, better for non-organic shapes, at least according to the documentation, which, I'm not entirely sure, may be wrong in the documentation. Because in my experience "conformal" clearly gives the better results than angle based for anorganic geo and at least very often also the better results for organic meshes. With hard edge models I sometimes don't get a straight result neither with the one nor the other (for that I have to use another tool atop in such cases).

So take what you read in some tutorials with a grain of salt. In the end you have to test both algorithms and look what gives you the least distortion. That's sometimes subjective.

Where to put the seams? And why there isn't a good tutorial for it.

Take a cube for example, six sides you have to uv map. The given standard in Cheetah is all six sides on top of each other (meaning you get the same pic on each side). That's legit. Or you could just create 6 rectangles somehow distributed over the uv space. Also legit.

Now I made 3 uv textures with seams obiously along the edges. 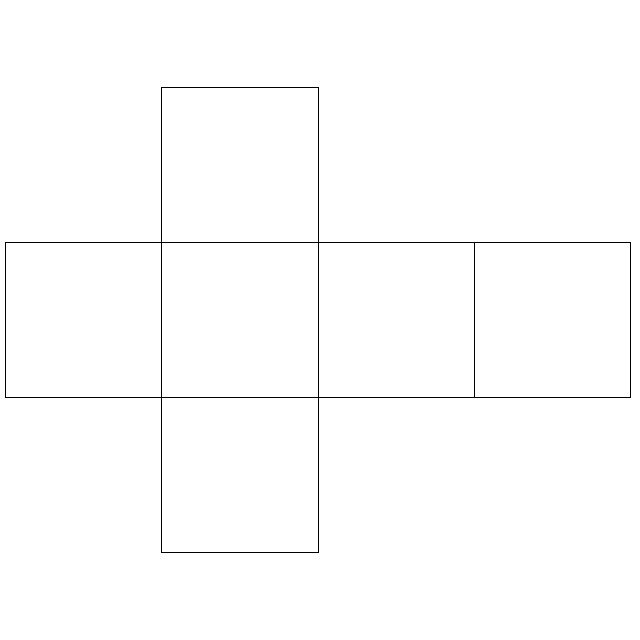 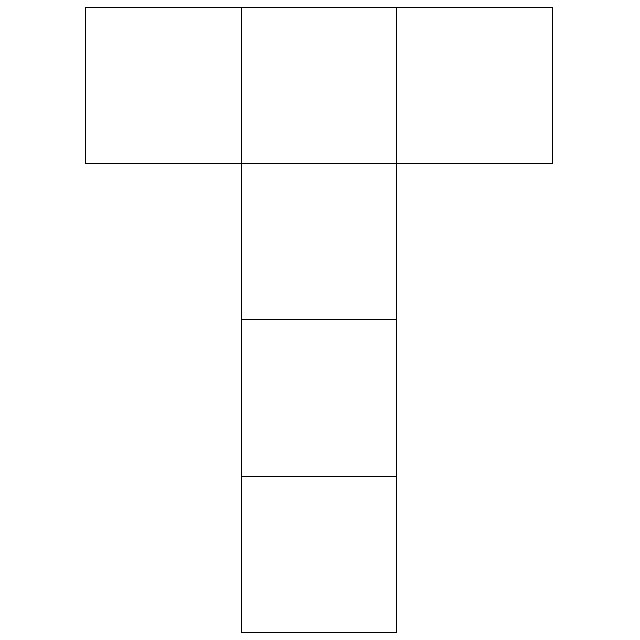 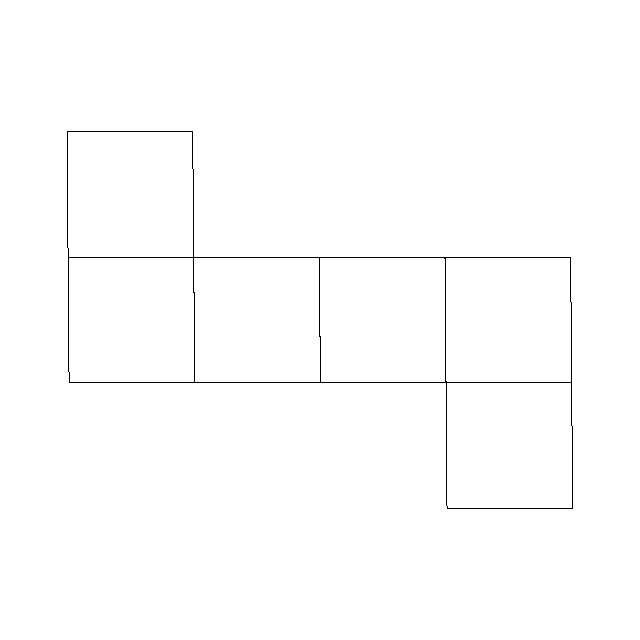 Please note that in any of the three examples any rectangle could be the top of your box and alone with this we have here a few dozens possibilities to which side of your box what is mapped.

And now please think about it, which is the best solution, especially as there are several solutions I didn't show ...

For a simple die it usually doesn't matter. You could even have several uv islands (up to 6), and it wouldn't matter. Except you want scratches on the edges, where you have to ask yourself how the die is seen in your scene. Is the thing animated or not? Can all edges be seen or just some? And then you have to place your edges accordingly.

This already shows why something like bodypaint in C4d (I think it was available as a separate app) was a big hit 15 years ago and substance painter and other apps who allow you to paint on the model are today. No matter where your seams are, no matter how many uv islands you have, you just paint over it (which you could do in Cheetah although on a very rudimentary level). And distortion isn't a problem, because the painter solves that for you. You paint, and on the flat pic you get at the end to load into your 3d app everything is distorted the right way if necessary.

It also shows why I cheat the hell out of it sometimes and simply use 2 uv maps. With that I could create scratches over all 12 edges in photoshop with two images.

And it shows why it's near impossible to create a good tutorial for placing the seams: It depends on the mesh and the situation, i. e. the way your model is seen.

Usually it's the best strategy to place your seems somewhere they can't be seen and to think in advance about where that exactly is. The difficulty is to unwrap the thing in your mind and then place the seams accordingly, already knowing what to do beforehand. And then you have to straighten out some parts, because whatever you do, most of the time some parts you really can't use distortion will be distorted. That's why you usually have additional tools in each program to further work on your uv map. Most of the time it's necessary (and with the pins in Cheetah it's kind of hard. How that is done is explained in some forum posts).

If you create a human head, you usually don't want any seams in the face. You place them at the hair line, under the jaw, behind the ears. And with some distortion you simply have to live (for that abf is usually the better solution).

And while I wrote, Zoohead did the same and was a bit faster. His (automatic) solution for the pig is quite straightened out, but often you don't want that many uv-islands (at least I would prefer less), and maybe they should be placed somewhere else because you want some texture exactly where they are ... It's again a good example of "there is no right nor wrong" with uv-mapping, only right or wrong for the situation your mesh will be seen in. But, I think's it's ok to say, most of the time you'd use less uv-islands if possible (certainly here). That said, the automatic seams of Cheetah are often good enough and sometimes just a good starting point (and sometimes utterly useless because you need something completely different).

So, in the end, there is no other way than doing it over and over again yourself, learning from success and failure. And don't think all the others know it better. Each of us sometimes has to think it over and go back that step to change the uv-map because one of the edges chosen as a seam will be in the way, besides that, sometimes you have it perfectly unwrapped in your mind and see that your imagination doesn't justice to the simple geometric reality (at least this you see instantly not just a few hours later). With complex models it sometimes is really mind boggling, so I'd recommend to start with simpler ones and testing out some possibilities.

And yes, it's good practice not to finish your texture but test with some rudimentary form if it really fits your needs.

Something that helps a lot are "UV-checker-textures" to find out if you have stretching and distortion in your uv-map (it's often not avoidable. You have to chose where it does the least damage): https://www.oxpal.com/uv-checker-texture.html, https://github.com/Arahnoid/UVChecker-map, https://www.renderosity.com/rr/mod/freestuff/?item_id=73026 and https://3dlab.bg/en/uv-map-checker/. (Those are the same links I already gave Zoohead for his samaritan-project, and I still didn't try them out because I use some others I can't give for download).

Wow! Thanks for the in depth responses!

I come from C4D many years ago and did use BodyPaint. It was either paint it flat or paint it directly on the model, but don;t do both or the painting will mess up.

I THINK some apps had an option for "pelt mapping" (unless that's just what your aiming for and has to be done manually) where the final UV looks basically like a bear skin rug laid out on a floor. Since my models will be organic (animals) that's what I was kind of shooting for.

So....basically, it seems a little hit or miss, but there are better ways to start out so you get a desired result.
Zoo...yes, you can't really start UVing until your model is one unit (symmetry editable) and SubD off so you're dealing with the actual polygons.

Also, I guess the better your geometry, the better the UV and easier to lay out.

I appreciate the help!
Bob

I've noticed that auto seams tends to place the seams between poles.

I revisited the pig unwrapping and a little at a time I was able to substantially reduce UV islands.
I kept thinking it's like a Bear Skin Rug after reading the term Pelt Mapping from Bob.

I did an eggshell pig just for fun. 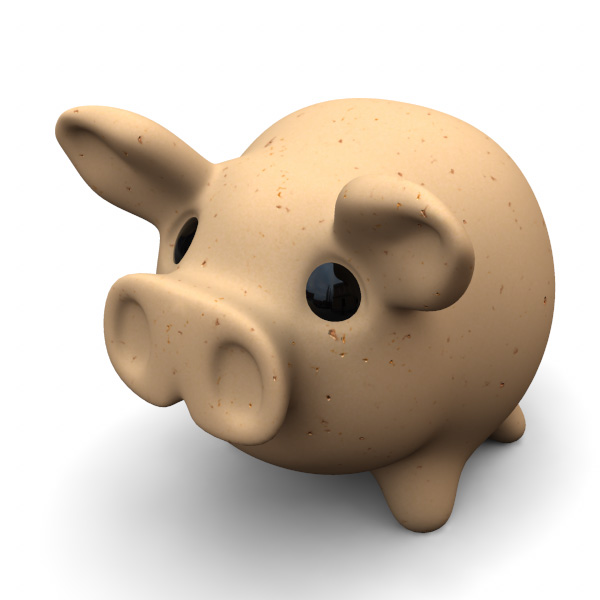 Here's a white one for those who don't have brown eggs in their area. 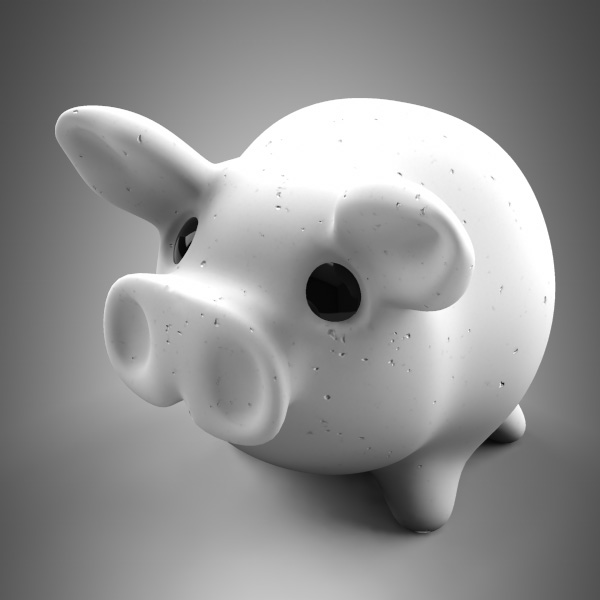 That's pretty much exactly what I was talking about! I think this kind of "pel map" is best for organic models that will be directly painted on if an app allows that.

I guess it's just a lot of trial and error to pick the correct places to cut?
Bob

That's right, just keep trying and eventually you have to get better.

Also each time before I unwrap, I make sure no polygons are selected.
Unless I don't want to unwrap the whole thing again of course.

Maybe a hunter or taxidermist could visualize this sort of "skinning" better.
B